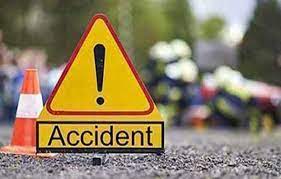 Pub Pen, Webdesk: Ten pilgrims were killed in a horrific road accident on their way home. Seven other pilgrims were injured. According to police sources, the pilgrims were returning in a pickup van from Haridwar on Thursday morning.

Their vehicle hit a tree in Gujrawla area on the way down the hill at Haridwar. There were 16 passengers in the car. Of whom 10 benefactors were killed. Seven people were injured. Police said the accident was caused by the driver losing control. The injured were taken to a local hospital. Police have not yet identified the dead.

Wife Swapping: Torture of Husband to Swap Wife; Rosie is a Gone Housewife ...

Muzaffar Nagar: Her husband was forcefully taking her to wife swapping parties. A 30-year-old housewife has filed a complaint alleging that he was...
Read more

#NewDelhi: PT Usha, one of India's best athletes, Ilayaraja, one of the best musicians of the time, film producer Vinjeendra Prasad and others were...
Read more

WHO on COVID-19: Concerns rise over Corona, WHO warns to look for new sub-variant...

Pushcarts were set on fire in Kerur town. ...
Read more

Mumbai, July 07: Including Mumbai (Mumbai Rain) Heavy rains have started in Maharashtra. Everyone is enjoying the rain. It is a...
Read more

If water is neglected… it is a lifeless planet! CB News

Due to heavy rains in and around Karachi, the railway track near Jhampir has been affected due to which the arrival and departure of...
Read more

flood caused by cutting of embankmentOn May 24, a police report was lodged in connection with the cutting of the embankment of the Barak...
Read more