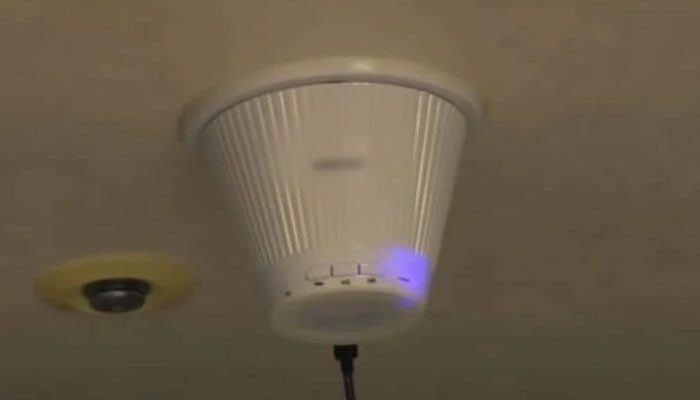 Device ready to teach a lesson to noisy neighbors

A unique device has been developed to teach a lesson to the neighbors who refuse to be noisy and stay calm.

If neighbors start making noise unnecessarily, it affects your home and not only that, but it also affects your peace of mind, however, you can only request not to make noise.

There are some neighbors who obey but those who do not obey and continue to harass other neighbors, now a tool has been developed to control their intellect.

Known in South Korea as the ‘Roving Sound Speaker’, the device is expensive but very useful, and is being sold online under a number of names, but with only one purpose in mind.

This sound device is used against neighbors who live upstairs or downstairs next to you or in the case of an apartment.

This device, mounted on a wall or ceiling, produces an annoying sound that not only makes your neighbors see the stars during the day but also forces them to obey you.

You may be busy with your household chores, but this device will keep doing its work for you.

Authorities say it is not illegal to install the sound system at home, but other methods should be used to resolve disputes, as it could escalate the fighting.

Nagpur; Leading News Service: Two policemen were suspended on Wednesday (July 6) in connection with a rave party at...
Read more

Healy: BSF arrested the youth with 10 gold biscuits. BSF jawans of the 71st Battalion searched the motorcycle of the youth at the...
Read more

From comedian to politician, Punjab Chief Minister Bhagwant Mann became MLA from Sangrur in 2019. Then in 2022 he became the candidate for...
Read more

China's President Xi Jinping made sensational remarks while the military and foreign officials of both countries were holding talks against the backdrop of intense...
Read more

Women in Iran's second largest city will be banned from traveling on the Mashhad metro unless they wear headscarves, local media reported on Wednesday....
Read more

Due to the positive trigger, some stocks may remain in focus in the business of today i.e. July 7, 2022. If you are...
Read more

Drug case on Albion Street in Paisley sees police seize £800.00 of ‘cocaine and...

Nandamuri Balakrishna, who recently recovered from Corona, is busy shooting for the movie again. It is known that he is currently doing his...
Read more