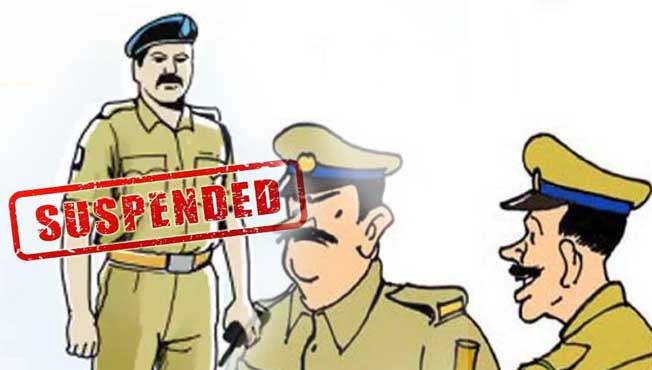 Nagpur; Leading News Service: Two policemen were suspended on Wednesday (July 6) in connection with a rave party at Hingana police station in Nagpur. Also, the police constable was transferred to the police control room. This has created a stir in the police department.

Kharasmari village is within the limits of Hingana police station. Police received information that a rave party was taking place near the spacious Girnar Farmhouse near this village. According to police, the place was raided at midnight on Sunday. It is noteworthy that Hingana police was not aware of the raid carried out by Deputy Commissioner of Police Gajanan Rajmane himself.

At this rave party, drunken youths were found dancing to the beat of loud music. Took action against a party that had spent billions. This is how it all started. The discussion was rife across the city on Wednesday. The party was being advertised on social media for 10 days. Permission was also sought from the Gram Panchayat, State Excise Department and the concerned department for the party. But it started late into the night.

The party was attended by hundreds of youngsters from cities like Pune and Mumbai and about 3,000 from other parts of the country. It is learned that expensive foreign liquor and other narcotics were also arranged for them. Police have registered a case in this regard.

‘There is no delay in the judgment of the case related to the public...

CB News, Former minister KP Munusamy has said that there is no delay in the judgment of the case related to the general assembly,...
Read more

CB News Asansol: across the state and country Smuggling of Coal This case created a sensation. Many people including 8...
Read more

Eating good food but having indigestion problem? Do this Best Ways to...

ind vs zim, before the tour of zimbabwe, water ran out of the Indian...

CB News Zimbabwe- A three-match ODI series will be played between India and Zimbabwe. The matches will take place from August 18 at...
Read more

CB News There has been a very important development in Pakistan-US relations. The United States has announced the release of 1 million dollars...
Read more

The environment is favorable for foreign investment in the country, Shehbaz Sharif – Pakistan ...

CB News Prime Minister Shehbaz Sharif says that there is a favorable environment for foreign investment in Pakistan. In a meeting with a delegation of...
Read more

CB News The Enforcement Directorate, which is investigating the money laundering case of Sukesh Chandrasekhar, on Wednesday added the name of actor Jacqueline Fernandez...
Read more