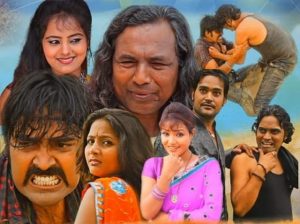 Let us tell you that this film is completely social and family entertainer. From this it can be inferred that this video must have been flagged and reported many times. Due to which such problem is arising. The company was informed about this by the team that made this film. When Pappu Khan, the main director of the film, found such a problem, he immediately informed the company about this. Responding to which the company was told that Shiva Music has always been active regarding Nagpuri films.

At the same time, there are some people in Jharkhand who do not have good thinking towards each other. As a result of which people want to do bad to each other. In such a situation, how will the film industry develop here? As long as people do not work with each other, they will not leave the idea of ​​harming each other. Till then the film industry cannot develop here. The entire team and company representatives of the film are very much affected by this type of incident. are sad.

However, the company is engaged in fixing the problem and is trying to solve this problem as soon as possible by contacting YouTube. Soon the problem coming in this video will be fixed. So that it is easy for everyone to watch this movie and easily available on YouTube. This movie has popular actors like Dinesh Deva, Kailash Jackson, Monu Raj, Varsha Ritu, Shivani, Poonam Singh, Nagpuri Jhumar Samrat Padmashree Mukund Nayak. , Devdas Vishwakarma and others. The song music of the film is very melodious and melodious. Pawan Roy, Pankaj Roy, Manoj Jharkhandi, Jyoti Sahu, Suman Gupta have given their voices. At the same time, the songs of the film have been written by Raj Roy, Jyoti Sahu, Sarita and Manoj Jharkhandi. The film is directed by Pappu Khan, Produced by Bani Mahto and Devendra Kumar, music by Bunty Studio.

Those who got the shops, they filled the form only to...

CB News Understand the black marketing of plots for shops like thisThe fair area is limited. In this too, out of...
Read more
Bollywood

CB News Share: According to the updated data of the Union Health Ministry till 8 am on Sunday, the death toll has increased to 5,30,500...
Read more
Bollywood

CB News IND vs ZIM: In the match against Zimbabwe, India won the toss and decided to bat first. The Indian team has...
Read more
Bollywood

Khalistani terrorist organization will give ₹ 10 lakh to the accused...

CB News Desk Report: In Mokama, once again the flame of Anant Singh is going to be shattered. Anant...
Read more
Bollywood

CB News symbolic picture - Photo : ANI hear the news hear the news The fear of civil war is increasing as the protests in...
Read more
Bollywood

Odisha: 650 Maoists Supporters Surrendered In Front Of Police News In...

CB News symbolic picture - Photo : ANI hear the news hear the news In Odisha, there has been a big success in the hands...
Read more
Bollywood

Crying and crying will do no good, Prime Minister CB News