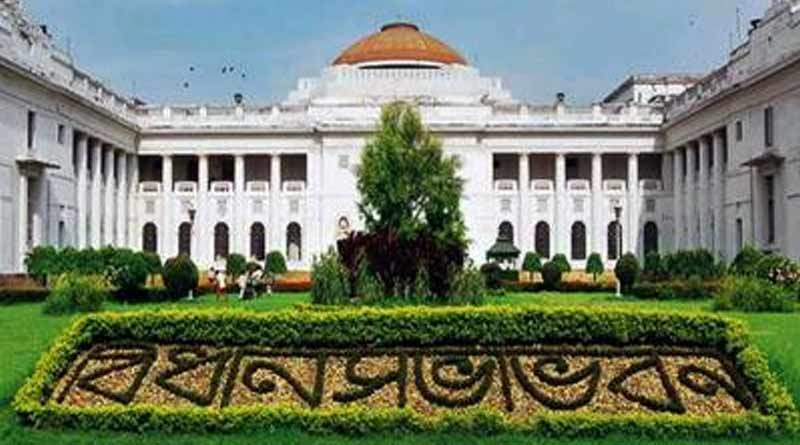 Dhruvajyoti Banerjee: In view of security, police personnel have been banned from using smartphones at the Chief Minister’s residence in Kalighat, Navanne. This time in the Assembly too, police personnel have been strictly banned from using smartphones. These restrictions will come into effect by the time of the presidential election.

In the WB assembly, the focus is on the presidential election. CCTV camera surveillance strongroom. Police were deployed outside the strongroom. The guard started from Thursday. Strict instructions to in-charge police personnel, not to use smart phone. Being afraid of CCTV cameras, the police personnel are also ignoring the instructions of the commission. Not only the CCTV cameras, but also the commission staff are coming to make sudden inspections to check the security of this strong room under the jurisdiction of the commission. The police also have that fear. But for now the smartphone is in the hands of the police.

It is noteworthy that the administration was upset over Hafizul Molla’s entry into the Chief Minister’s house. After this incident, police personnel on duty in Navanne have banned the use of mobile phones. Security has also been tightened at the Chief Minister’s residence in Kalighat. In many cases, the police who are responsible for security are often busy on social media. Due to this, they are neglecting the maintenance works. Keeping that issue in mind, the police on duty in Navanne will no longer be able to use mobile phones. They have to deposit their mobile before starting duty. Information that the same rule can be applied to other government departments. In the meantime, this provision has also come into force temporarily in the Legislative Assembly.

Trinamool Congress is busy with the presidential election work. Former Trinamool MP Yashwant Sinha stood as the opposition candidate. Meanwhile, the state BJP is demanding neutral elections. According to sources, the state BJP is going to send a letter to the Election Commission demanding that ‘neutral’ officials be given responsibility to make the presidential election process neutral. Security is being tightened in the assembly to ensure the smooth conduct of the election process for the country’s constitutional head.

Get all news updates on News Daily

Putin announced a cash reward for women who give birth...

A new generation of Baba Wanga: Meet the 19-year-old woman...

Rohingya issue: Clash between Center and Delhi governments over minister’s...

Three ministers filed review petitions on the inclusion of ED...

“What the fuck is this?” and other reasonable reactions...

Anuvrata opened her mouth towards her daughter CB News

Nandurbar | Due to landslide in Chandshaili Ghat, traffic has been stopped for...

A perilous journey by river to school; The story of Joran’s students CB...

CB News Nashik : While the Amrit Mahotsav of Independence is being celebrated with great enthusiasm across the country, it is a fact that...
Read more

CB News Mango, August 17: Residents of Appanapalli Panchayat Uchulavaripet appealed to the collector Himanshu Shukla that they are living amidst difficulties due to...
Read more

Community venue in East Kilbride is set for £185,000 facelift after grant award CB...

The Kirktonholme Pavilion, home to EKYM and EKYC, will be upgraded.
Read more

CB News Navi Mumbai: For the past two years, due to Corona, Dahi Handi festival has been canceled. But now the situation of...
Read more

CB News The Taliban claim they have complete control over Afghanistan, but the Islamic State terror group is carrying out attacks on civilians and...
Read more

Will there be an appeal, will a general committee be convened? What’s EPS’...

CB News, The Madras High Court on Wednesday ruled in a case related to AIADMK General Committee. In that, the High Court, which...
Read more

Girls can have sex even without a partner, learn how to do it in...

CB News Kolkata: The pleasure of having couple sex is different. But in today's time people are giving great importance to solo sex...
Read more